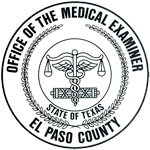 The National Association of Medical Examiners (NAME) Accreditation Program has the explicit purpose of improving the quality of the forensic/medicolegal investigation of death. Accreditation is an endorsement by NAME that the office provides an adequate environment in which a forensic pathologist may practice the profession, and provides reasonable assurances that the system well serves its jurisdiction

What is a Forensic Pathologist?

A forensic pathologist is a medical doctor with specialty training (residency, usually 4 years) in pathology and subspecialty training (fellowship, usually one year) in forensic pathology, whose area of special competence is the examination of persons who die suddenly, unexpectedly or violently, and serves as an expert in determining cause and manner of death. The forensic pathologist is specially trained: to perform autopsies to determine the presence or absence of disease, injury or poisoning; to evaluate historical and law-enforcement investigative information relating to manner of death; to collect medical evidence, such as trace evidence and secretions, to document sexual assault; and to reconstruct how a person received injuries.

In some cases, the cause and manner of death may appear to be "obvious". Nevertheless, the importance of examining people in whom the cause of death appears obvious is several fold. In the case of fatal shootings, for example, the forensic pathologist may recover evidence (e.g., bullets) to be used in a court of law. The forensic pathologist will also characterize the wounds, in terms of which organs were injured, and the trajectory/direction of the bullet.

Other areas of competence in forensic pathology include: toxicology, wound ballistics, trace evidence, and DNA technology. The forensic pathologist can expect to be subpoenaed to testify before courts and other tribunals about the pathologic findings and conclusions.

After the autopsy and the rest of the ancillary procedures and investigative efforts are concluded, a written report is then prepared summarizing the findings. The importance of scene investigation, ancillary testing, and witnesses accounts, as well as law enforcement investigation cannot be overemphasized; in many cases there may be sufficient natural disease to account for death but the individual may in fact have died of a drug overdose or other subtle cause. For example, in some cases of drowning and suffocation deaths in infants, the autopsy findings may not be specific and law enforcement investigation may be critical to the understanding of the death.

Data developed by medicolegal death investigation agencies is routinely studied by epidemiologists and health and safety agencies to develop strategies to prevent disease and injury. The data developed often leads to new pieces of legislation that ultimately save lives.

Another public health implication of forensic pathology is to identify health risks for immediate family members of the deceased. Autopsies may identify inherited diseases that constitute a risk for family members. Examples include certain types of heart disease (premature atherosclerosis, hypertrophic cardiomyopathy). Notifying the family would be an important service to the living, since it will allow for timely medical intervention.

Forensic pathologists practice medicine in the finest tradition of preventive medicine and public health by making the study of the dead benefit the living.

What is Cause and Manner of Death?

The cause of death is the disease or injury responsible for initiating the lethal sequence of events. A cause of death should be etiologically specific.

The underlying (proximate) cause of death is that event which produced the fatality by initiating a natural and continuous sequence of events unbroken by an efficient intervening cause and without which the end result would not have occurred. Immediate causes of death are complications and sequelae of the underlying cause. There may be one or more immediate causes, and they may occur over a prolonged interval, but none absolves the underlying cause of its ultimate responsibility. For example, a gunshot wound to the abdomen which perforates the bowel may initiate a sequence of events over a period of months which includes peritonitis, sepsis, disseminated intravascular coagulation, hepatic and renal failure, bronchopneumonia, and adult respiratory distress syndrome. The gunshot wound is still the underlying or proximate cause of death and such a fatality must be reported to the OME.

The mechanism of death is the altered physiology and/or biochemistry whereby the cause exerts its lethal effect. Mechanisms of death lack etiologic specificity and are unacceptable as substitutes for causes of death. They may not stand alone on a death certificate. Common mechanisms of death include sepsis, exsanguination, renal or hepatic failure, and disseminated intravascular coagulation. The term "cardiorespiratory arrest" is meaningless for purposes of death certification and should not be used. It is not a cause of death, but merely a description of being dead.

The manner of death explains how the cause arose and is classified as accident, homicide, suicide, natural or undetermined. Natural deaths are defined as those which are caused exclusively by disease. All deaths which are not known to be exclusively natural fall under the jurisdiction of the Medical Examiner.